Mr. Manuel Moses, a veteran of the World Bank’s IFC, has been appointed the new Chief Executive Officer of ATI (http://www.ATI-aca.org). He will assume office on 1 November, 2020; In the interim, Ms. Toavina Ramamonjiarisoa, ATI’s Chief Financial Officer, will fill the position of Acting CEO; Mr. Benjamin Mugisha has been confirmed as the substantive Chief Underwriting Officer (CUO). Mr. Mugisha, a Senior Underwriter, who joined ATI in 2010, has been Acting CUO for the past year; The Board paid tribute to Mr. Cyprien Sakubu’s dedication during his 19 years of service on the occasion of his retirement. Cyprien Sakubu’s most recent role was General Counsel and Corporate Secretary.

During its recently concluded virtual 20th annual meeting, ATI’s shareholders ratified the appointment of Mr. Manuel Moses as the new Chief Executive Officer (CEO) based on the Board’s recommendation. Mr. Moses is a Zimbabwean national, who brings 15 years of experience from the IFC, where he most recently held the post of Country Manager of Kenya. He holds an MBA from the University of Leicester in the UK and a BSc in Civil Engineering from the University of Zimbabwe. Mr. Moses will assume office on 1 November, 2020.

In the interim, the Board of Directors has placed ATI in very capable hands with Ms. Toavina Ramamonjiarisoa, the Chief Finance Officer (CFO) taking the reigns as Acting CEO. Ms. Ramamonjiarisoa has been an integral part of ATI’s management team since she was appointed CFO in 2011, where, in this position, she has helped guide the institution towards its current eight-year record-setting growth rates along with ensuring maintenance of ATI’s investment grade ratings from both S&P and Moody’s (A/Stable and A3/Stable respectively). While Ms. Ramamonjiarisoa is Acting CEO, Mr. Rodgers Siachitema has been approved as the Acting CFO.

ATI’s business operations also received a boost with the appointment of Mr. Benjamin Mugisha as the substantive Chief Underwriting Officer (CUO). Mr. Mugisha, who has been the Acting CUO for one year brings considerable experience to the position. He joined ATI in 2010 and has served various functions including as ATI’s Uganda Representative, where he was responsible for field offices in Burundi, Rwanda and Uganda; and, subsequently as Senior Underwriter, where he managed ATI’s day-to-day business and a portfolio of international financial partners.

The Board also recognized the substantial contribution and 19 years of service to ATI by Mr. Cyprien Sakubu, the General Counsel and Corporate Secretary, who has recently retired from the institution. The Board has constituted a special committee to oversee the recruitment of a new General Counsel and in the interim, Ms. Elizabeth Mutafungwa, the current Legal Expert, has been appointed Acting General Counsel.

ATI is increasingly recognized by the IMF, S&P, Moody’s and others as a strategic development institution for Africa that is well-positioned to provide effective support to its member governments through the pandemic. Specifically, with the support of ATI, governments are able to manage their growing debt levels by re-profiling their costlier and riskier debts and replacing them with longer-term, cheaper debts from international commercial lenders.

ATI is currently insuring 1 to 2 per cent of the GDP of its member countries and is expected to facilitate US$2 billion of additional investments to the continent in the next 12 to 24 months. 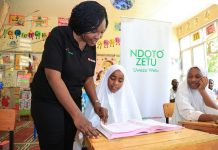 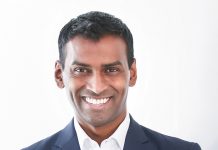 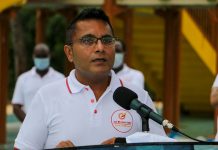 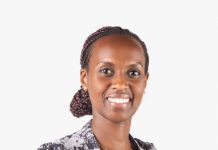 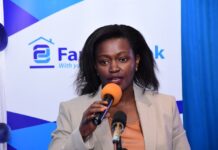 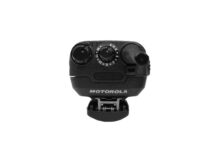