GBCHealth,  Aliko Dangote Foundation and the UN Economic Commission for Africa jointly held the inaugural Africa Business: Health Forum on the margins of the 32nd African Union Summit. It brought together leaders from government and business with a strong appeal for greater collaboration between the private and the public sector on health outcomes. This garnered commitments from public sector leaders including the Prime Minister of Ethiopia, Abiy Ahmed; the President of Botswana, Mokgweetsi Masisi; and the President of Djibouti, Ismaïl Omar Guelleh as well as business leaders present, to change drastically health outcomes in Africa.

The Forum saw the launch of the African Business Coalition for Health (ABCHealth), a private sector led coalition of companies and philanthropists who will come together to positively transform health care for Africans growing population. Business and public sector leaders at the forum lauded this initiative as a timely game-changer to improve the health sector in Africa.

A vision of GBCHealth and the Aliko Dangote Foundation, ABCHealth will mobilise private sector champions committed to advancing health outcomes across Africa. Beyond the “usual suspects”, a reference used by Aigboje Aig-Imoukhuede to qualify current health champions, ABCHealth will engage a new crop of African business leaders in the drive to change the reality of the average African as far as health is concerned.

Aigboje Aig-Imoukhuede, co-founder of ABCHealth, and co-chair, GBCHealth said, “Only partnerships will help solve the health challenges the continent faces. Healthcare in Africa is constrained by scarce public funding and limited donor support; out-of-pocket expenditure accounts for 36% of Africa’s total healthcare spend. Given our income levels, it is no surprise that healthcare spend in Africa is grossly inadequate to meet Africa’s needs leading to a financing gap of $66bn per annum.”

The private sector remains an underinvested stakeholder in the war to fix Africa’s health problems and this is why ABCHealth aims to bring the right parties to the table, and provide a focus for well-meaning individuals or companies who are committed to the health agenda, thus minimising mistakes in approach,” Aig-Imoukhuede added.

In his keynote remarks, Aliko Dangote, Chairman of Aliko Dangote Foundation, said the Africa Business: Health Forum would identify issues and solutions to Africa’s health challenges with a view to mobilising the will to confront it head-on. The Foundation’s Executive Director, Halima Aliko-Dangote, delivered his remarks.

Dangote stated, “Governments from both developed and developing countries are increasingly looking at public-private partnerships (PPPs) as a way to expand access to higherquality health services by leveraging capital, managerial capacity, and know-how from the private sector.”

“With the launch of ABCHealth, business leaders can now make commitments and contribute directly to a healthy and prosperous Africa, enabled by collaboration and business partnerships. Not only will this be a social good, but there is a profit potential, and we will drive real, sustainable action across Africa”, Dangote added.

On her part, Executive Secretary of the United Nations Economic Commission for Africa (ECA) and co-convener of the forum, Vera Songwe said, “A healthy Africa is a productive Africa; a productive Africa is a prosperous Africa. Health spending remains largely inadequate to meet the growing healthcare needs and Africa has a financing gap in this regard of at least $66 billion per annum”. Citing findings from the ‘Economic Growth in Africa’ report launched during the Forum, Songwe added, “Only two countries (Algeria and Namibia) spend more than 5% of GDP on health, and out-of-pocket payments are still extremely high. The report shows us just how much economic impact can be made from investing in health”.

Speaking at the opening, Prime Minister of Ethiopia Abiy Ahmed said; “We need to make the health sector our priority. We must capitalise on private-public partnership modalities in healthcare and recognise that it requires a great deal of inter-dependence between governments and the private sector”.

In support of the objectives of the Forum, the President of Botswana said that mobilising expertise, financial resources and innovations would go a long way towards improving Africa’s healthcare. This was reaffirmed by the President of Djibouti who said; “No country can achieve economic development without a physically, mentally and socially fit population,” hence reaffirming that health is a major economic driver.

In his remarks in what will be one of his last public appearances as Executive Director of UNAIDS, Michel Sidibe also said, “Achieving our health goals is not a matter of political will, it is a matter of political choice – we want to hear ‘I will do the right thing and put my money here, in health’.”

Didier Drogba, the legendary footballer, who through his foundation facilitates health and education access for vulnerable populations, had inspiring words at the Forum. “Scoring the many goals at the champions’ league final cannot be compared to helping that one child get a better chance at life.”

Co-founder of ABCHealth, Aig-Imoukhuede closed the forum with an impassioned call to action. “Africans must play their role in this fight to ensure that health outcomes are as equitable in this part of the world as they are elsewhere. Africans have no choice, there is no alternative, and we must ensure that we fix health in Africa.” He asked public and private sector leaders to make their commitments known, and to join ABCHEalth in making history for the good of Africa. He also thanked the co-sponsors of the forum Zenith Bank and Access Bank for their support. 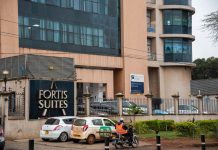 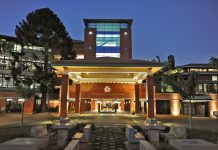 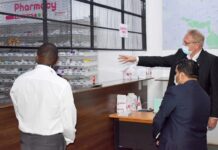 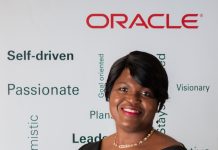 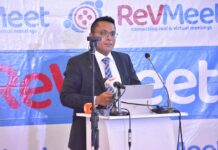 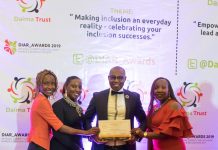 The Importance of Proactive Governance: A Case Study of Kodak