The leading European on-demand transportation platform was launched five years ago with a mission to make urban transportation more convenient and affordable.

Taxify, the Estonian ride-hailing company recently rebranded to Bolt as it seeks to bring the brand identity in line with the company’s broader vision of transportation that has expanded over the last few years.

“Our new name ‘Bolt’ stands for fast, speed and efficiency, and that’s one of our basic goals in solving the transportation problems,” says Shivachi Muleji, Bolt’s General Manager for East Africa. This is exactly what the experience of getting around in a city should be, be it by car, scooter or public transport.

Bolt also gives the sense of electricity, of something fast and efficient. Commenting on this, Shivachi says the future of transportation will be electric.

Bolt users will not need to take any action as the app will update automatically. The functionality and ease of use however remains the same.

Initially, the ride-hailing company started with taxi dispatch solution in different cities across the globe with the objective to make transportation more convenient and affordable.

Today however, Bolt has grown in leaps and bounds to become the leading provider in the markets it serves.

“Over the past five years, we have seen growth across different countries and continents. Today, we are in more than 100 cities in more than 30 countries globally,” says Shivachi.

The suit of products has also expanded quite significantly from ride-hailing, with cars and motorbikes, Tuktuks in Tanzania to scooter sharing in Western Europe.

The managing director says the growth and change of name came very naturally since Taxify denotes only vehicles, but it has expanded beyond that.

Bolt however remains an independent company, focused on its riders and on providing the best service that is affordable and reliable.

According to the managing director, there are many factors that set Bolt apart from other providers in the industry. To start with is our affordability, which does not come with the expense of the driver. “We are affordable because our commission is lower than anybody else in the market,” he reveals, adding that, “The Company only takes 15 percent commission allowing riders to take home sensible income.”

Secondly is Bolt’s focus on safety. In this regard, it is always building solutions to ensure customer safety. In 2018 for instance, it installed and SOS button within the driver application, which plays a major role in case they get into an unsafe circumstance. “By pressing on the button, a security team, an ambulance or a rescue team is dispatched within 5-10 minutes depending with the nature of the circumstance.

Bolt has grown rapidly over the last five years. Shivachi reveals 15 months ago, it was only in Nairobi, and had a team of about 10 people. Today however, the ride-hailing company has expanded its product range from one to about seven including Bolt Go and Bolt XL.

It has also expanded its presence to Mombasa, as well as its regional footprint to Uganda and Tanzania.

“Generally, we think of East Africa as a place of full potential, and we believe there is a lot more we can do to solve transportation problems in the region.”

Shivachi notes that every region has its own innovations that make sense. For instance, bodabodas are considered the scooters of East Africa as they are fast, efficient and affordable.

Electric scooters on the other hand make sense for the European market and the company is currently working on expanding the scooter sharing service across a number of European cities.

However, the theme of electric feature could impact East Africa without going to the line of electric vehicles and scooters. For instance, there are innovations coming out of Rwanda such as electric bikes, and this makes sense for the market. “We will continue looking for these kinds of partnerships to make the cost of moving around fast and efficient.”

According to the managing director, East Africa is an amazing place to operate in, despite there being many challenges that need to be addressed.

When ride hailing came to East Africa, the narrative was that it was here to replace the tradition taxis. But now we see a more open regulatory landscape. Regulators and stakeholders are more open to having conversations with ride hailing companies. That’s a good thing because it sets the stage for more healthy innovations.  The hurdle with stakeholders and the government has so far been crossed.

Currently, we are at a stage where people are willing to have discussions about how ride-hailing impact transportation, and how it helps to solve problems?

From a market perspective, East Africa has a lot of transportation challenges, and there is a lot that needs to be done especially infrastructure-wise. Four years ago for instance, Nairobi had four million people, and the number has increased to six million today. The pace of infrastructural growth does not match the growth of the cities. Ride hailing therefore becomes a necessary solution in this market. We think of ourselves as fitting within the ecosystem of solutions.

Going forward, Bolt plans to remain committed to its core principles, its customers, as well as to the markets it operates in since there is a lot of potential.

“We are happy to be in East Africa because it is a big market, and in our own small way, we will continue to help solve the transportation problems in the region,” concludes Shivachi. 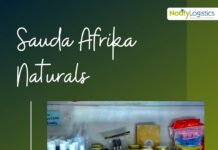 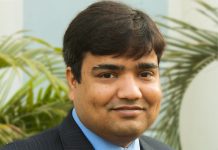 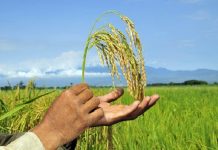 How to Spot a Professional Real Estate Agent 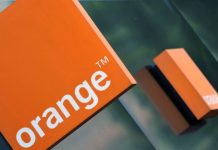 Orange, a key player engaged in the digital transformation in Africa... 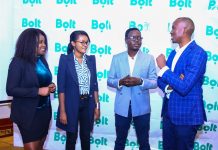 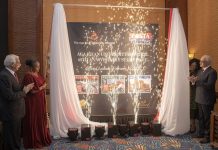 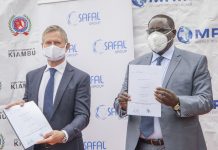 Saving Kshs 200 Weekly Made Me a Land Owner in Ngong